Following on from a video call with my tutor I have decided to start photographing in my local area in order to get some inspiration for Body of Work.

In retrospect (since taking some initial photographs), I do feel my tutor was correct that a simpler concept would have been better to start with. This was because I found it hard to find perspectives on gentrification that balanced both the old being displaced and the new coming in. Instead something like ‘Poverty in Deptford’ might have been more appropriate because I could then have concentrated on one aspect.

Either way, I have taken some photographs that aim to show Deptford as a place with traces of poverty evident, while at the same time trying to convey sometimes the gentrification occurring there.

I also shot these photos using both film and digital as I am currently unsure whether film possesses any useful characteristics for such a project other than the aesthetic and slowing the photographer’s process down.

The first gallery are a selection of the scanned film negatives taken between November 2018 and January 2019: 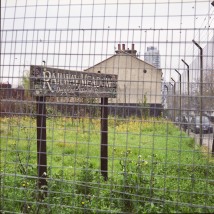 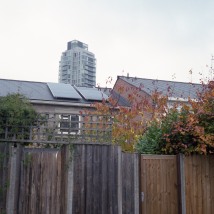 And here are a selection of the digital files taken between January and February 2019: 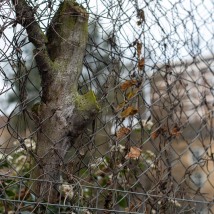 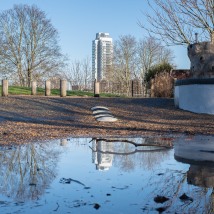 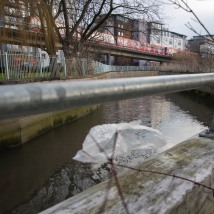 Looking back at the photos again, I can see a sense of place (my perspective on the area Deptford) and traces of poverty evident in some photos. I don’t see much trace of gentrification but then again I wasn’t particularly looking hard for it.

With regards to the issue of film versus digital in my workflow, I found both had their own particular aesthetic and the digital images weren’t displeasing in this aspect. The digital photos were a lot easier to obtain in terms of setting the camera up and photographing with confidence because of instant image review.

However, I did find I had to remind myself to slow down with digital a bit which had never been a problem with film! Luckily I had shot the film negatives before the digital photos so I was prepared to photograph slowly.

Going forwards I will probably shoot in digital for now as it is more convenient and go back to film if I find a reason for it.

Returning to the project, I feel it has some potential in that there are definitely traces of poverty and gentrification in Deptford to photograph. Whether I want to go down this route of fairly straight documenting be it in the film or digital mediums is another matter. Right now I am of the opinion that I need to take more photographs as well as combining this with theory-based work in order to see where I can progress.

View all posts by Johnathan Hall